skip to main | skip to sidebar

Alex Garrett
Ottawa, Ontario, Canada
I'm a forty year old Artist and semi-professional sculptor, and I've turned my hobby into a fun and interesting career. I was born in Britain but currently live in Ottawa, Canada. I've been sculpting commercial models for 6 years, I can work in 3-ups or regular scale, and I've done fantasy and sci-fi sculpts, boardgame components, model railway models, 1:72 scale minis, and wedding cake toppers. I'm available for custom miniature sculpting, master sculpts for casting, extensive conversion work, and even paint jobs. One of my pieces (IMPACT!Miniatures Deadwood Treeman)was named one of the top ten gaming products of 2007 by Tabletop Gaming News. I can be contacted at Agarrett23@sympatico.ca 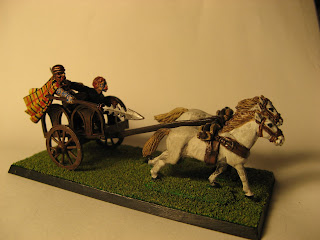 New Gallery up. My "Albion Celts" army for Fantasy Battle. Took forever to assemble a whole army with different unique troops. Had to build a lot of stuff from scratch. These chariots are from a British company called "Warlord Games" that make awesome historical stuff, mostly Ancient Britons and Romans. Great models. More to come in this gallery shortly.
Posted by Alex Garrett at 10:42 AM

Some of my other art